I came across an excellent article in Outside Magazine written by Bruce Barcott discussing the emergence of ‘Wilderness Economics’, which he says is “a dollars-and-cents way to attach a fair and reliable estimate to the seemingly uncountable value of preserving wild spaces and pristine natural resources”. The article titled ‘As a Matter of Fact, Money Does Grow on Trees’ makes a compelling case for conservationists to re-frame their messaging from ecological science to discussing the actual monetary value of environmental resources. As an illustration of the power of the environmental economics, consider the following excerpt:
“In 1989, for instance, EPA officials ordered the City of New York to build a water-filtration plant that would cost $8 billion to construct and $300 million a year to operate. Instead, the city spent $2 billion to restore and protect its Catskill Mountains watershed, letting a healthy 2,000-square-mile forest do the work of an $8 billion industrial plant. Estimated value of water filtration provided by the watershed: $6 billion and counting.”
But environmental economics is about more than watersheds. One of my favorite former economics professors, Dr. Ed Whitelaw, is quoted in the article discussing the “lifestyle dividend” that my fellow Oregonians receive from living in places like the Pacific Northwest “Firms that compete nationally for highly skilled, highly educated employees can pay a little bit less than the national rate, because people are willing to trade off a little of their dollar wage for the nature wage.”

Additionally, Barcott drives home the point that Wilderness Economics seeks to quantify the economic impact of recreation. “In 1995, U.S. Forest Service economists took stock of the agency’s land and found that national forests generated $125 billion a year in economic activity. Recreation accounted for 75 percent of that figure. Timber and mining made up 15 percent. ”

New media represents an enormous opportunity for conservationists to educate the public about the economic value of environmental ecosystems. We all need to keep in mind that this opportunity can be leveraged by framing the conservation message in terms of dollars and cents. 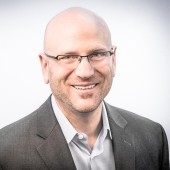 Fit Small Business – 18 IT Marketing Ideas From the Pros: No 8. Build Trust With Your Customers – Mike Mahanay